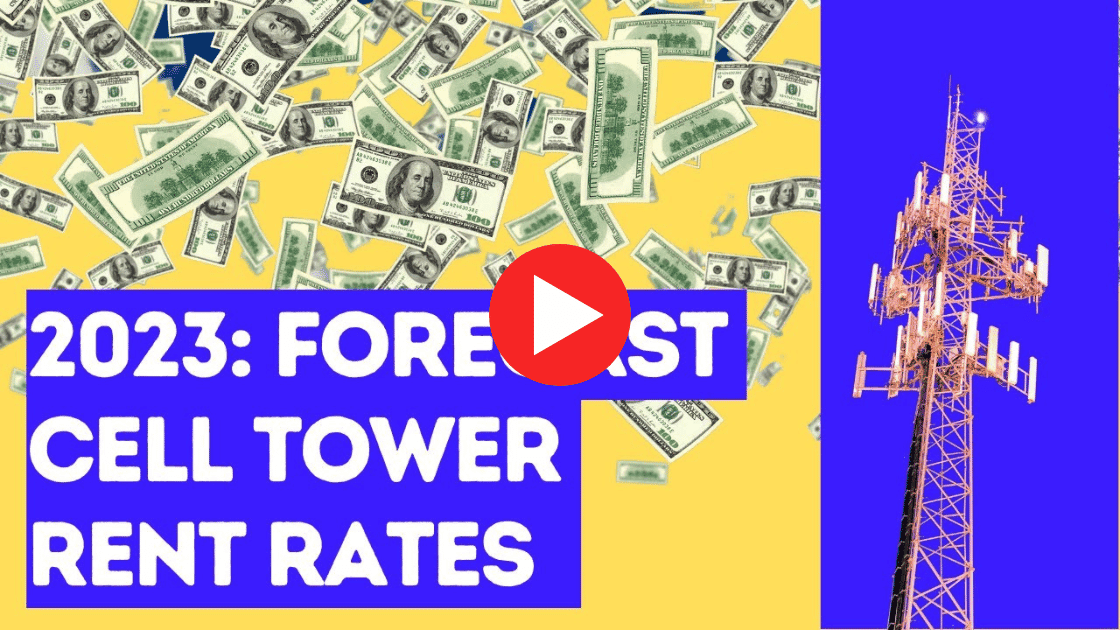 In 2022, cell tower companies and wireless carriers signed cell tower lease agreements with property owners around the United States, for an average of approximately $1,145 per month.

The rates paid across the United States varied based upon the following factors:

SEE RATES IN YOUR AREA

Discover the information that the cell tower companies don’t want you to have. The actual rates in your area and how they impact you.

GET MY FREE REPORT

In 2022, most new cell tower lease offers ranged from $400 per month to $1,800 per month, with the rent rates varying based upon the factors listed above. Cell tower rent rates did increase nominally from 2021, but there was a drop in annual rent escalators from an average of approximately 3% annually to around 2% annually, which on its face seems slight, but over a typical cell tower lease term, which is between 25-30 years, could cost the property owner more than $200,000 over the life of that agreement.

Cell tower values did increase in 2022 based upon the expansion of 5G throughout the United States, resulting in additional/upgraded equipment being added to cell towers across the nation.

This also resulted in existing cell towers being more valuable due to the upgrades and these subtenants committing to longer terms, which prohibits the cell tower companies from relocating the cell tower site.

The above increase in cell tower value did not prevent cell tower companies in their attempt to either pay lower rent rates for new cell tower sites or to try to reduce existing cell tower rents.

How They Get People To Accept Less

Contact us today to learn more via a free cell tower lease review and phone consultation.

Get More Rent! Get A Better Lease!! Get Vertical!